Fun and Fabulous Halloween Decorating Ideas for Inside and Out 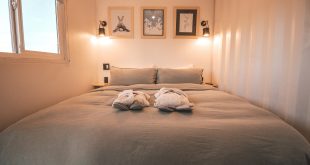 Believe it or not, selecting the right light switch for your space is more complex than just “on” and “off.” Use this guide to understand these popular switches and help you make the best choice.

There was a time when choosing light switches was a simple decision. Now? Light switches are their own home improvement category with numerous designs and functions. This wide variety of switches and dimmers — all with different wiring needs, switch styles and programmable capabilities — can be difficult to navigate for homeowners.

The good news is that the basic function of switches always stays the same. Use this guide to find the right lighting option for your room. Choose one that’s not only compatible with the circuit where you want it installed, but also fits your lighting needs.

The most standard household switch is the single-pole, which features two terminals. It simply turns power on or off. A three-way switch features three terminals, and a four-way has four. These enable you to control a specific light from two or three switch locations, like either end of a hallway, the top and bottom of the stairs, or in a room with multiple entrances.

To control the light’s intensity, a dimmer switch is used. A dimmer switch can usually be used in place of any single-pole switch. However, a special switch must be used for a fan or fluorescent light — one that is rated to control those devices.

In addition to the common toggle and rotary switches with which we’re most familiar, specialty switches can do everything from control the speed of whole-house fans to turning on when you enter a room. Some special-duty switches can even be time-programmed or alert you to whether a remote light is on or off. In addition, decorative switches include designs that slide, rock or turn rather than toggle.

As mentioned before, this is the most common type of switch. It has two brass terminal screws and a toggle labeled “on” and “off.” Most also have what is known as a grounding screw that connects to the circuit’s ground wire. Single-pole switches control one light fixture or electrical outlet from one single location. When installing this type of switch, it’s important to always connect two hot wires to it, rather than two neutrals. One terminal hooks up to the incoming powersource wire, while the other serves as the outgoing hot wire to the fixture. Single-pole switches are good for small rooms that don’t contain many light sources.

In addition to a ground terminal, three-way switches feature three terminals and have the ability to control one fixture from two separate locations. The toggle on three-way switches is not marked on or off since they are always installed in pairs. This type of switch is often seen in long hallways or stairwells since it prevents you from stumbling along in the dark to find a switch.

The most common type of dimmer switch, the rotary dimmer controls the intensity of a light by rotating a knob clockwise and counterclockwise.

The sliding dimmer switch is perfect for bedrooms or spaces where you want gentle lighting in the morning and evening, but leave the lights off during the remainder of the day. It features an on/off toggle that turns the light back on at the level of brightness you set the last time it was used.

If big knobs and sliders aren’t the right aesthetic for you, consider a dimmer switch with a small slider next to the toggle that is barely visible. This way, you have the convenience of varying the light intensity without the visual disparity.

A wall-controlled dimmer allows you to control and dim several lights, and is programmable so you can turn on a combination of lights at a set brightness with the touch of a button.

A safe and energy-saving option, this type of switch eliminates fumbling around in the dark through its built-in motion detector. That detector is triggered when someone walks into the room and it turns the light on automatically, leaving it on for a preset amount of time. This is the best light switch option for those wanting to cut costs on their electric bill. 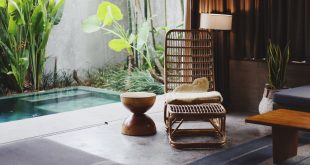 Important Tips for Moving Plants Indoors for the Winter

Important Tips for Moving Plants Indoors for the Winter After spending the summer outside, it’s …