9 Popular Window Types to Think About for Your Home 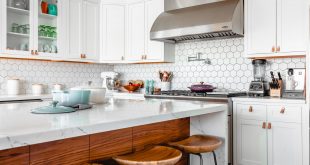 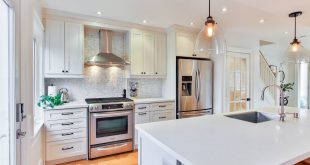 9 Popular Window Types to Think About for Your Home

Responsible for more than just letting fresh air and natural light in, your home’s windows play a huge role in its overall architectural style. Here are nine of the most popular types of windows for you to consider.

Possibly the two most popular window types available are single- and double-hung windows. They feature two sashes that are housed inside the frame. What’s the difference between the two? Single-hung windows only allow one sash (the bottom) to move while the upper sash stays fixed. Both sashes can move up and down in the double-hung style, which makes cleaning easier and provides increased airflow.

Rather than sliding up and down like single- and double-hung windows, casement windows open outward. One side is typically hinged and a cranking mechanism is used to swing the window open. Casement windows are common in areas where it’s difficult to physically push a window open, such as above the kitchen sink.

When a picture window is incorporated into a home, the main objective is to usher in natural light and outdoor views. Large and stationary, picture windows are frequently employed as a visual frame around a particularly nice scenic view, like a city skyline or wooded landscape. So that the view remains unobstructed, a single pane of glass is usually used without any grilles.

Installed directly over a door or another window, transom windows are usually inoperable and serve only to add architectural appeal or bring in additional light. They are available in a variety of sizes and shapes.

In addition to providing wider views and higher amounts of natural light than standard window types, bay windows can create intimate alcoves inside the home, like reading nooks or sunny breakfast spots. Made up of a combination of three or more windows that angle out from the house, this window type actually adds floor space to a home.

Dormer windows are effective at breaking up long stretches of roofing, creating a more visually appealing exterior. They can be used to accent certain areas of the home’s facade, balance exterior elements, and also bring natural light and height to a home’s interior. Cape Cod, Craftsman, and ranch-style homes often feature dormer windows.

An excellent way to add natural light to a room, skylights and other high window types do not cut into privacy, wall space or storage space. They can also be used to highlight a ceiling’s strong pitch, bring in interesting views and create a connection with the outdoors. Operable high windows are a great way to add ventilation in bathrooms or kitchens.

When an entryway is well-designed, it has the ability to deliver a strong first impression and introduce visitors to the tone of the rest of the home. Adding windows to your entrance will increase drama and help smooth the transition between inside and outside spaces. In addition, entryway window offerings, including transom windows and sidelights, provide light, views and visual interest around the front door.

Multi-functional, clerestory windows are typically located above one roof and below another. They’re often used to define rooflines on the exterior of the home, while also bringing light into interior spaces without infringing on privacy or wall space. Clerestory windows also can be used to effectively spotlight interesting architectural details or areas of the ceiling. 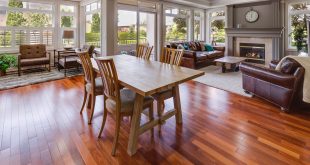 How to Pick Colors that Complement Your Wood Floors & Furnishings